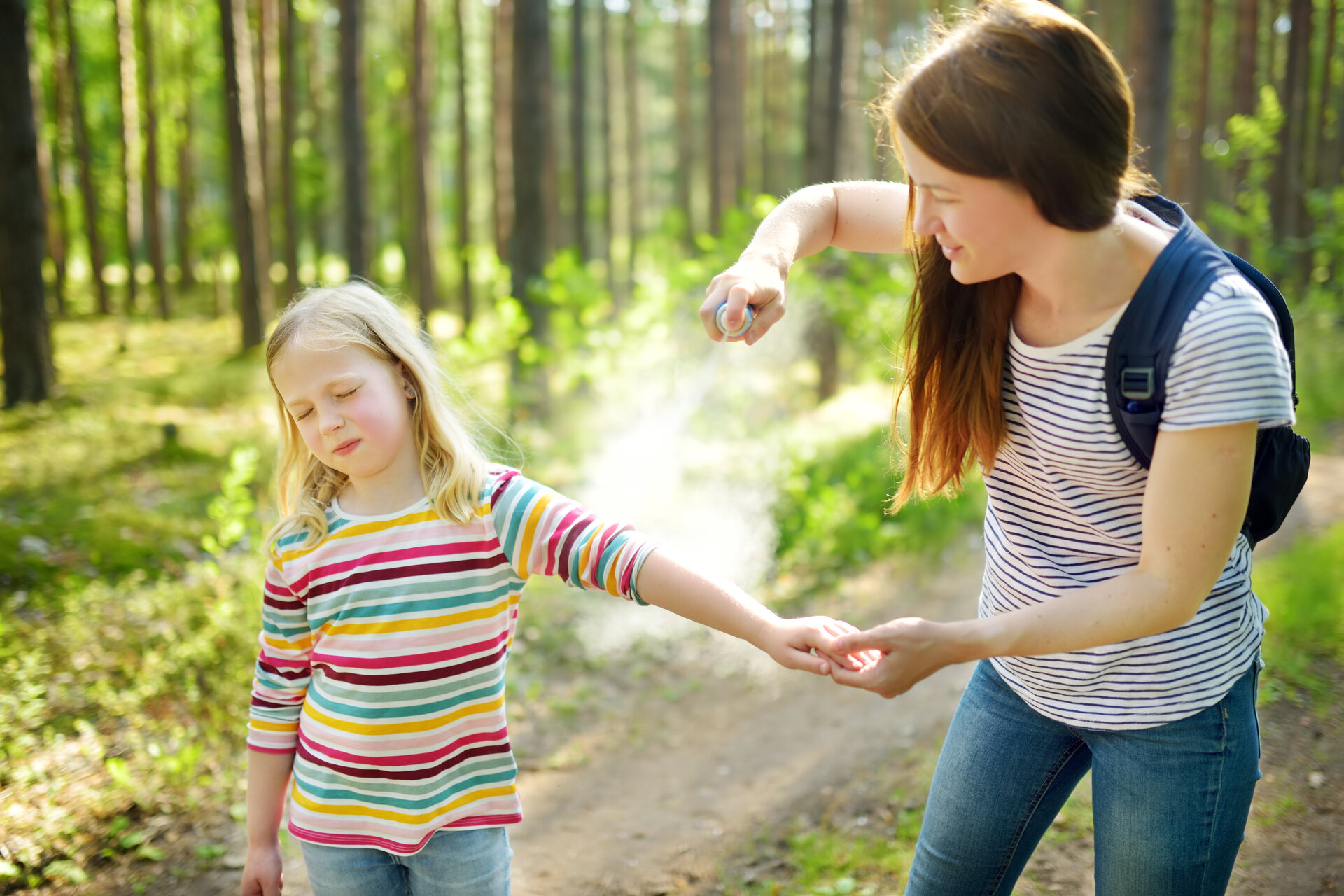 During summer, it can seem like a bug fest when spending time outdoors. Bugs are more active, looking for food, and seem to be just about everywhere. This fact leads many to reach for, carry, or set up various kinds of insect repellents. But how effective are these repellents at dissuading insects from bugging you for the summer? Read on to find out!

DEET has deep roots and has been around for quite some time. Initially, it was utilized as a pesticide. DEET is a potent chemical that can effectively repel virtually any insect. However, due to its potency, DEET does have its share of downsides. For instance, DEET can cause trouble for people with sensitive skin, is too harsh to be used on children, and can damage a number of everyday items, including clothing. Not to mention the awful smell it can produce.

DEET is also not an environmentally friendly product. So while DEET does work quite well, there are many instances where it might not be the best choice.

Made from natural sources, Picaridin is a modern, non-natural compound used to repel insects. Generally speaking, it’s easier on the environment and skin than DEET. Picaridin is often used in sprays, creams, and lotions—and stays effective for up to seven to nine hours, depending on the nature of the product. It also doesn’t cause a sticky or waxy film or other kinds of buildup—nor does it give off a harsh smell. However, Picaridin does have a potential downfall: moisture. Sweat and water can wash it off.

A natural oil derived from certain grasses, citronella is an environmentally friendly insect repellent that offers particular resistance to mosquitoes. Many use citronella candles at outdoor events to fend off mosquitoes and other annoying insects.

However, citronella is not without its drawbacks. Citronella candles (the most common citronella-based repellent) are limited by range. They often have only a small amount of concentrated citronella. For this reason, it’s hard to know how close someone has to be to a citronella candle to be safeguarded against roaming insects.

Additionally, citronella candles may only be effective for one to two hours after being lit. Citronella candles have quite a few contributing factors to consider, including candle size, citronella amount, citronella concentration, number of candle wicks, and more. The good thing about citronella candles, since they aren’t used on the skin, is their relative safety for children and others with sensitive skin.

A few select insect repellents work by sound rather than smell. These sonic devices produce a sound frequency that’s claimed to keep insects away. However, these kinds of repellents don’t seem to work very well, at least clinically. They also have a hard time repelling ticks and mosquitoes, which can both transmit detrimental diseases to humans.

Accessorize with insecticide? It’s not as far-fetched as it may seem! Some people who don’t prefer sprays or lotions opt for insect-repellent wristbands or clip-on fans. Unfortunately, these don’t seem to be very effective either. They’re limited in range, as they can’t coat all areas of bare skin like spray repellent can. Similar to sonic repellents, they also struggle with repelling particularly dangerous insects that have the potential to carry disease.

The verdict overall? Some insect repellants are better than others; however, they all have their unique benefits and downsides. Want pest control that works to keep what (and where) you love free from pests? Enlist Vulcan Termite & Pest Control! Contact us to set up an appointment to provide much-needed pest control, as well as peace of mind this summer and beyond.